Conflict Resolution and The Impasse

Most arguments end prior to a completely successful resolution. They usually end at a place called the impasse, where each party sees no resolution in sight. It is at this juncture that frustration sets in, anger often escalates, and the argument becomes a fight.

The impasse is perhaps the most difficult aspect of an argument to control. Most people approach their differences “nose to nose,” in other words as adversaries competing for what they want. The impasse looks to them like an unsolvable rift be it in wants, needs, perceptions of who is right or wrong, etc. They give up out of frustration and either resign themselves to unhappiness or begin to plan how they can get what they want without the cooperation of the other. Even after the anger subsides, a false peace may be achieved but unless the issue has been truly resolved it is destined to rear its ugly head at some later point with the combined force of both the past upset and the present.

The key to resolving the impasse is to go from being nose to nose to sitting shoulder to shoulder, viewing your differences as a problem that must be solved. Put the problem in front of the two of you with the conviction that it is unacceptable to walk away from it until the two of you have figured out a mutually good enough resolution.

Remember, be it a spouse, a friend, co-worker, if you win an argument, if you get your way, you now have to live with the loser. We all know how we feel when we lose at something; defeated, bitter, frustrated, possibly even vengeful! Do you really want to live with that person? Besides, in many cases the person we are arguing with is someone we care about or love. We should care about their needs and wants getting met as much as our own and demonstrate it in our words and actions.

The concept of the Win-Win solution is that whatever final agreement or resolution is reached, it must feel genuinely good enough to both parties! Always approach an argument with the conviction that it isn’t over until both of you are feeling good about the solution. And if all else fails, consider if it is in your best interest to be right and come out the winner, or to happy. 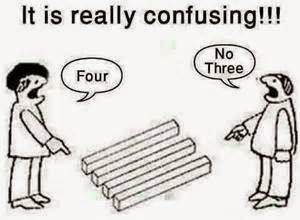 Posted by See the Forest for the Trees at 2:47 PM

See the Forest for the Trees